Most of us Floridians know hurricane season all too well. We know that it runs from approximately May 1st through November 1st, and at any time in those parameters, we are susceptible to a storm of potentially great force. 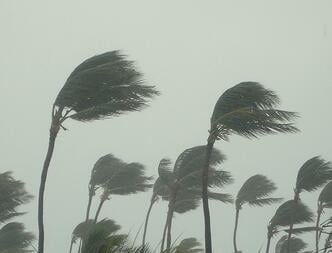 Here at Naples Shutter, we would like to take the time to educate our readers on a little more than just when hurricane season is.

Wind speeds are major factors in categorizing storms from tropical depressions to hurricanes.

Hurricanes are categorized on a scale from one to five, with five being the most devastating. All have their own characteristics and wind speed parameters.

Hurricane Facts: Did You Know?

So there you have it! We hope that you are more knowledgeable about hurricane season than you were before. It's important to know the facts, so that you can better prepare yourself when a storm approaches. Hurricanes and tropical storms alike are dangerous. Make sure you have an ample supply of fresh water, extra batteries for your flashlights, and if you are in an evacuation zone and told to evacuate, please do so. There's nothing more important than your safety.