Basswood: Everything You Always Wanted To Know But Were Afraid To Ask

You want plantation shutters in your home, but the bright white look of the traditional shutter doesn’t really fit in with your decor. So now what? Well, did you know that you can stain your shutters instead of painting them?

Stained shutters are made of an entirely different type of wood, called basswood. This wood’s natural appearance makes it a favorable choice for stained plantation shutters. So why basswood? Let’s get to know it a little bit better. 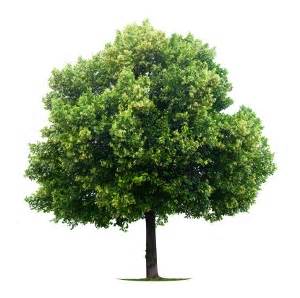 Basswood-- Where Can I Find It?

Mainly found in eastern and central North America, basswood is a fast growing and quite large tree. What’s different about the basswood tree is that it typically has two or more trunks and sprouts from stumps or seeds. Basswood is especially abundant in the Great Lakes States and has many uses in the wood products industry.

Basswood is pale white to light brown in color and is mostly uniform in appearance throughout. Defects and knots are generally uncommon, and the grain tends to be straight with an even texture.

What’s So Great About Basswood?

Because basswood is a softer wood, it is highly sought after in the woodworking industry. Easier to work with, especially with hand carving, basswood is a light wood that glues and finishes well, making it a great choice for plantation shutters. It’s natural markings make it a top pick for stained shutters.

Basswood is widely available and prices are affordable, causing it to be used for such projects as: carvings, musical instruments, fiber products, lumber, and of course, shutters.

Why Is Basswood Used For Plantation Shutters?

We don’t choose basswood just because of its natural beauty, we also choose to use it, because of its texture. Basswood is among the straightest hardwoods and has a uniform texture and grain. Basswood is an ideal wood for carving and painting, due to its unobtrusive color, which doesn’t detract from the carvings of the finished piece or the stain applied to it.

Not only can basswood be sanded to a smoother finish, it is very lightweight. Don’t let it’s weight fool you though...basswood is also a very strong hardwood, making it perfect for stained plantation shutters.

Other Uses For Basswood

The basswood tree can be used in making rope or weaving baskets by using the bark as a source of fiber. The trees are also known as bee trees, due to their flowers producing an abundance of nectar, making it a popular tree for high end honey. It’s also a great shade tree, as many basswood trees are planted along city streets.

* Basswood trees get their fullest shape when provided with sunlight for over 8 hours.

* Basswood is a source of high end clover honey.

* Basswood is one of the most popular woods for hand carving.

So There You Have It…