May 1st is the official start of hurricane season, and Southwest Florida is no stranger to these intense, destructive and ruthless storms. Countless homes ravaged, lives lost and economic downfalls are all attributed to these catastrophic storms. Let’s take a look at the top 5 hurricanes in Southwest Florida history. 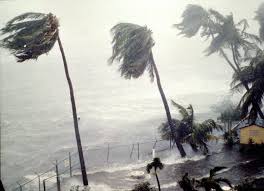 Hurricane Donna made landfall in Marathon, Florida as a Category 5 Hurricane in September of 1960. With winds of up to 130 mph, Donna crossed over to Fort Myers and Naples destroying 75% of homes along Fort Myers Beach. In the Everglades, 50% of buildings were damaged and Florida suffered a substantial crop loss, attributing to a significant economic loss for the state.

Isbell made landfall on October 14, 1964 as a Category 2 hurricane. With 125 mph winds, Isbell would be considered a Category 3 by today’s standards. Isbell caused $10 million in damage from loss of crops and tornadic activity, making it one to go in the record books as yet another destructive and unforgiving storm.

One of the most devastating hurricanes of all time, Hurricane Andrew made impact in August of 1992 in Homestead, Florida. With winds of up to 177 mph, this Category 5 hurricane was the costliest hurricane in U.S. history. Bringing high tides, tornadoes and hurricane-force winds, Andrew destroyed 63,000 homes and left 101,000 homes badly damaged. Approximately 175,000 people were left homeless, and in Florida alone, there was $25 billion in damage and 44 fatalities. Even today, Homestead has not fully recovered, with Hurricane Andrew’s presence still lingering in this small Florida town.

August 2004 brought the onset of Hurricane Charley, a Category 4 storm. The strongest hurricane to hit since Andrew in 1992, Charley brought 150 mph winds, striking the northern tip of Captiva Island, before making its way down the coast of Southwest Florida. Charley brought with it the onset of two cyclones, the first time in history that two had struck the same state in a 24 hour period of time. Punta Gorda, Port Charlotte, Arcadia and Sebring, Florida were among the cities that suffered the greatest from Charley’s force.

This Category 5 hurricane made landfall in October of 2005 at 150 mph, intensifying to 185 mph winds. Starting as the most intense cyclone recorded in the Atlantic basin, Wilma caused $29.1 billion in damage and 62 deaths, making this one of the top 5 costliest hurricanes in history. Part of the record-breaking 2005 Atlantic hurricane season, Wilma joined Katrina and Rita on the list of most destructive hurricanes ever recorded.

What we can all take away from these vicious storms is to be prepared and know that at any given moment, your life can change drastically. Make sure that you’re ready for anything. Have an evacuation route planned, protect your home, pack a hurricane kit, and when a hurricane’s landfall is imminent, listen to directions and protect your loved ones. A home can be rebuilt, but a family can’t. Stick together and plan ahead.